NCSE is proud to introduce Donald B. Chandler, PE as our newest First Vice-President! 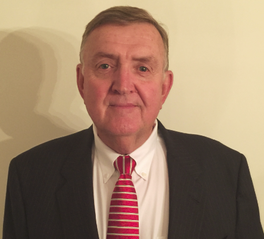